Welcome to the 3rd annual Canadian Wildlife Foundation Goose Gala. Held in Toronto, guests celebrate Canada’s wildlife during an evening filled with incredible entertainment and passionate presentations. In 2018, the Goose Gala will be making Waves of Change, focusing on Canada’s oceans and marine wildlife.

The evening is packed full with entertainment and notable guests.  This year, Breakfast Television co-host Dina Pugliese will be the Master of Ceremonies.  Past attendees have included Martin Short, Johnny Reid, Brent Butt, the Honourable Brian Mulroney, sportscaster Brian Williams, supermodel Yasmin Warsame and award winning actor Adrian Holmes.  Stay tuned to find out who will be celebrating with us for 2018!

Our oceans are in crisis. More than ever, our marine life needs our help. This past summer, nearly three per cent of the entire remaining population of Endangered North Atlantic Right Whales died in Canadian waters due to entanglement in fishing gear and ship strikes. The Canadian Wildlife Federation (CWF) is taking charge and leading efforts in reducing risks and finding solutions for the survival of large marine animals, like the Right Whale, through research and on-the-ground action led by our Conservation Science team.

The Canadian Wildlife Federation requires funds to support our marine wildlife conservation work.
Please help us in our efforts to:

We are committed to make a difference for our marine habitats and the wildlife that call it home. CWF is currently working with Federal Government on national-level policies and actions to reduce wildlife entanglement. We’re also advocating for stronger laws for sustainable packaging to help decrease the amount of plastic that ends up in our oceans.

CWF’s marine program is carrying out critical research on entanglement. Off the west coast of Vancouver Island, we’re researching the entanglement of sea lions. In Atlantic Canadian waters, our researchers are conducting a Leatherback Sea Turtle entanglement risk assessment. We’re also immersed in North Atlantic Right Whale research and action planning to reduce threats to this endangered species by 30 per cent.

Discovering Critical Habitat for Whales in the Atlantic Ocean

CWF is providing a window for Canadians to watch live research as a part of the WHaLe Project (Whales, Habitat and Listening Experiment), where scientists are searching for whales in the Atlantic Ocean using underwater drones. CWF has promoted this technology as a potential way to reduce lethal vessel strikes on whales.

We continue to coordinate the Canadian Marine Animal Response Alliance (CMARA), a national network of regional specialists dedicated to responding to the more than 1,000 marine animal emergencies each year including beached, dead and entangled animals.

Our oceans need your help.
Help us raise $243,042,
$1 for every kilometre of shoreline in Canada.

Every weekday, hundreds of thousands of Canadians wake up to Dina Pugliese, the co-host of Breakfast Television, Toronto’s number-one morning show. Loved by viewers for her charismatic personality, Dina has a unique ability to bring sparkle to everything she does. Beginning her career as Associate Producer for Global Television’s The Bynon Show, Dina then jumped to prime time to help create, write, and co-anchor The A-List, before joining CHUM’s entertainment-driven Star! Daily. Her credits, of course, don’t stop there. In 2006, Dina received a Gemini nomination as the host of MuchMusic VJ Search; she appeared as a guest judge on “Cycle 2” of Canada’s Next Top Model (with Jay Manuel); she was named one of “Canada’s most beautiful people” by Weekly Scoop magazine; and, in 2007, she was rated by Hello! Magazines one of the “Top 10 Hottest Women on Television.” Dina has also been presented with a “Media Style Award,” the Toronto Sun’s “Readers’ Choice for Top Personality and Favourite TV Personality,” and NOW magazine’s “Favourite TV Personality.”

Tickets go on sale January 1, 2018.  Can’t wait that long? Reserve your tickets or table by completing our ticket request form below.  If you have questions, please contact Louise Hanlon at [email protected] or 1.877.599.5777 x235.

The Canadian Wildlife Federation is 100% Canadian. By purchasing a ticket to the Goose Gala, you are supporting the future health of Canada’s oceans and the marine wildlife that call it home.

The Canadian Wildlife Foundation is a national not-for-profit charitable foundation dedicated to supporting the programs, projects and initiatives of the CWF through special events, sponsorships, donations and major gifts. The Foundation also manages a number of endowments targeted at conservation education and research taking place across the country.

The Canadian Wildlife Federation (CWF) is a charitable organization dedicated to the conservation of Canada’s vast wildlife and wild spaces. For the past 55 years, the CWF has been a leading voice for conservation in Canada. We deliver programs that encourage people to experience the wonder of the great outdoors, to foster connections between Canadians and the vast natural environments that surround them from sea to sea to sea. We also challenge government and industry to improve legislation and practices for the benefit of wildlife and the habitats they call home. We conduct and sponsor scientific research to help better understand how we can help wildlife overcome the many challenges that threaten their existence. We believe that we can all make a difference for wildlife. Learn more by visiting canadianwildlifefereation.ca

In addition to having a family practice in Toronto, Dr. Gosevitz is Vice President and Chief Medical Officer of Rogers Communications. He is also Corporate Medical Director of Barrick Gold and Post Media. He is Medical Advisor to KPMG, Burnac Corporation and T.I Benefits and Hull Insurance. Dr. Gosevitz sits on the Board of the Foundation of the Toronto General and Toronto Western Hospital as well as the Muskoka Chautauqua Foundation. Dr. Gosevitz cares deeply about Canada and our Canadian landscape environment and believes strongly that the way of preserving Canada’s beauty is to connect our youth with the outdoors.

Canadian Wildlife Foundation Board of Directors

Looking to support an incredible cause right here at home in Canada? Sponsorship of the Goose Gala provides companies and philanthropists the opportunity to align their corporate social responsibility strategies with Canada’s leading conservation organization and its powerful audience of supporters.

All packages are customizable to suit the needs of your organization and can be applied to programming opportunities throughout the Canadian Wildlife Federation and our over 635,000 supporters. With multiple platforms, we will work with you to extend your brand through e-mail, social media, magazines, gala, in-field programs and events. Contact us to discuss opportunities about how your organization can support wildlife and wild spaces here in Canada (and have a little fun along the way).

Sponsors are critical to helping ensure that the Canadian Wildlife Federation has the resources required to continue our conservation work. Thank you to past sponsors of the Goose Gala who have helped make a difference for wildlife here in Canada. 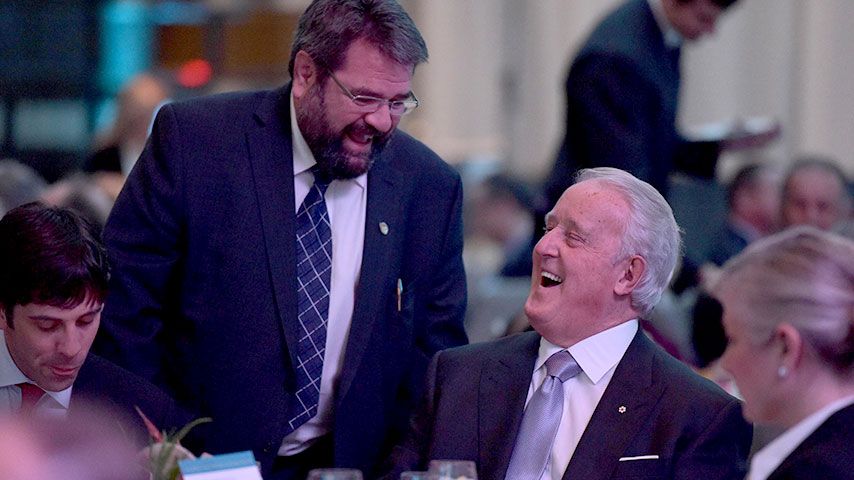 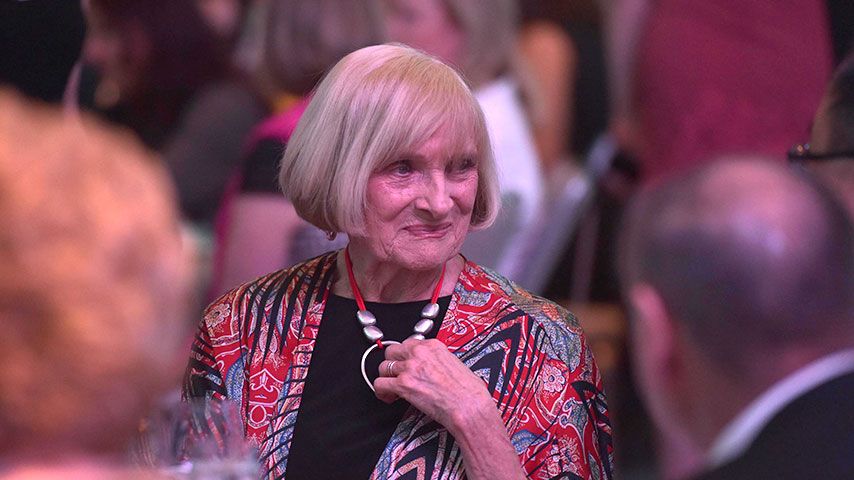 Every donation counts, no matter how small.  Even if you cannot make it to the Goose Gala, consider donating to the Canadian Wildlife Foundation and your dollars will support marine wildlife and the oceans they call home.
Donate